“The world of social media can be very unpredictable, it could leave you without pocket” www.writtenbysadia.com 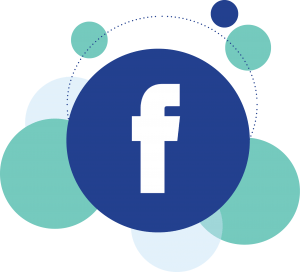 I wanted to become a reseller very badly, but I didn’t have the guts to lie to somebody by saying ” here’s a designer item its authentic” when infact IT’S NOT! I searched high and low on Facebook selling groups to find suppliers who were genuine but I always ended up getting scammed.

Surely it couldn’t just be me struggling, are you also tired of coming across so many Facebook groups who offer to sell original items or even sell you their supplier list so you can become a reseller? But infact there selling you a knockoff fake replica list? I’m fed up! iv come across so many that I just had to write this post.

When searching upon forums, I come across people saying,

Facebook has become so lucrative in todays day and age that almost every A-Z person is on it. The reality is however nobody knows how many of these people are actually real. Iv seen so many fake profiles and even scammers who are trying to be real on the platform but unfortunately there’s nothing that can be done to stop them, we just need to educate ourselves to not put our money in the pockets of which they do not belong.

Facebook groups are very active in selling items. I have come across many groups especially selling designer brands at wholesale prices which are NOT original. I have spoken to the admins who have advised these groups are real and that the items they sell are ORIGINAL too. Surely you can not get a GUCCI handbag from a small Chinese factory right? Isn’t GUCCI Italian. http://www.gucci.com

How to know if a Facebook group is a knockoff:

1.Request access to the group, show interest that you want to become a reseller, (hold tight on your money though)

2. have a scroll through the feed and see what items they have on for sale

3. get in touch with the suppliers themselves, they will be the ones advertising their merchandise – usually admin

4. go in with the question – so are these original or replicas?

The suppliers do generally be honest, SOME suppliers that is and not all. Common sense is to make sure you ask as many questions you want because at the end of the day they don’t want to lose you as a customer so they will have to answer. I know when I started of becoming a reseller in this business I came across a lot of businesses on Facebook which I will list below but they were not real, I felt scammed however I was afraid to ask them questions also incase they blocked me.

Selling replica designer items is not the end of the world. If the customer knows they are getting a replica and are happy with it then fair enough, there are many makeup groups that sell fake makeup which advertise it as FAKE, however their sales are growing day by day because customers LOVE the price and like to be treated truthfully. However it would be wrong to sell the replica items as original because that is FRAUD. Not going to lie there are many businesses operating this way and as they see money come in they think its fine.

Not just that there is a TERM popularly used called UNAUTHORISED AUTHENTICS which is used to sell almost anything today as ORIGINAL.

This term is basically that the item you are buying is actually Genuine and original however due to the requesters demand being met they don’t require the extras hence they are sold privately as AU’s.

For example lets say Nike pays a factory in china or wherever in the world to make them 1000 Air Jordan Sneakers, they provide the material and the cost of the job. The factory then ends up making more shoes than Nikes order so lets say 1200 pairs of sneakers, but as Nike only contracted for 1000, the factory will end up keeping the extra 200 and selling them behind closed doors through these Facebook and other social media platforms to individuals like you and me classifying them as UNAUTHERISED AUTHENTICS.

Now you could say “well that’s fine” after all I am still getting an ORIGINAL item for almost half the price and that would be legal to resell, YES I agree however Nike is not aware of this and it doesn’t befit their contract, surely Nike would not want to be laid flat in business by losing their customers to factory providers. This is the most popular explanation a supplier will give you when requesting information on whether the product is real or replica. They could be lying because they require business too for their knockoffs. Some classify there products as High Quality , Top Quality, Grade 1, 2 3 etc.,

All these are still replica wouldn’t you say. At the end of the day my advice is to make sure you are covered by the laws of your country.

In USA it is fairly easy to get away with selling a knockoff Air Jordan Sneaker pair, however in the UK, guidelines are a little tighter and your lucky if your accounts don’t get banned off very quickly.

Some of the Groups that’s sell REPLICA Designer Items:

If you are interested in becoming a reseller of fakes by all means checkout the groups below, however that is not what I am promoting here and want to just make you aware that the risks involved are greater than the profits.

If you click on these groups you will see many more tagged in them. For now here are just a few iv experienced to not be real, If you want a list of individual supplier names (to which I have many) then leave a comment below and I will reveal those names in my next blog of suppliers who claim to be real merchandise sellers.

Whatever you wish to do on Social media, Just be vary and careful, Never fall for the money making get rich schemes who are just after your money and will leave you once they have received their payment.

Re-selling can be such a good business if it is done in the right way, I hope this guide helps you build your confidence a little in keeping your money close to your chest and opening your mouth more than the requester would want you to.

Have you ever asked these questions below? leave me a comment if so.

Don’t forget to check out my other reviews on my Business101 page:)

Easy1up review! is this really another pyramid scheme?

Mon Oct 8 , 2018
Hi my lovelies, Hope your all well, Todays blog will bring you some work at home writing jobs that you can earn a healthy living from the comfort of your own home. Iv been on the search for work at home companies since I had to leave my 9-5 job after going onto […] 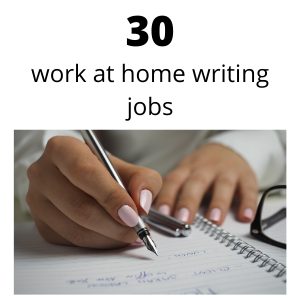 Hi Everyone, I’m Sadia. A young entrepreneur. Firstly I would like to begin with welcoming you to my blog. A place where we can build successes and learn the skills required to market and grow your own business. This is my main goal on this blog. I have purchased tons of courses in the past and didn’t want them to go to waste when in fact I can share the information here with you for FREE!

SUBSCRIBE OUR NEWSLETTER TO RECEIVE AWESOME FREE GIFT BECAUSE YOU ARE AWESOME :))